Cleaning Out The Attic

Everyone in Orphan is a fan of old anime, so it's not surprising that the team has collected a lot more raw anime than it can translate. (Think about my nick, duh.) Therefore, we need to "clean out the attic" occasionally and let others share the treasures that have been collecting dust. The hope is that other groups will be inspired to translate some of these shows. It hasn't worked so far, but hope springs eternal.

The first release in this group of raws is the 1991 OVA Asatte Dance. According to ANN, the plot of the goes like this:

Suekichi Terayama is a college student with a lot on his mind. He prefers his behind-the-scenes work with the avant-garde theater troupe Bondage Horse to his studies (probably because he has a crush on the troupe’s leader, Miss Shimomura). The thing is, his great-grandfather has just died and left him an inheritance of 450 million yen... on the condition that he graduate from college and start a career. Then there’s Aya, the very sexy woman he finds in his bed the morning after the funeral and who proceeds to force her way into Suekichi’s life. He’s pretty sure she’s only after his inheritance, but her frequent seductions are impossible for him to resist. Add a theater-loving yakuza, the great-grandfather’s lawyer, Aya’s ex-husband and the pretty young Miyuki to the mix, and Suekichi’s life seems destined to spin out of control.

How much of this is in the OVA is tbd, of course, but it looks like a typical 90s romp, with comedy, sex, nudity, and perhaps a bit of violence. 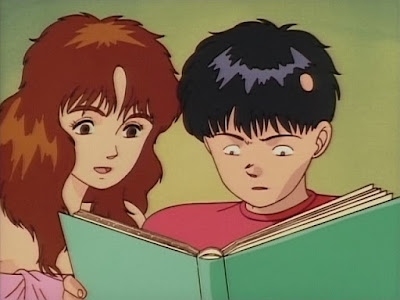 The second release is the 1992 OVA Ore no Sora: Keiji-hen. According to MAL, the plot goes like this:

Yasuda Ippei is the son of Yasuda Seijiro, the head of Yasuda Group, Japan's biggest business conglomerate. Although he is the son of a distinguished family, he has absolutely no disagreeable areas and is liked by everyone. His academic achievements are exceptional. He completed his entire high school programme in 2 years and qualified for Tokyo University's Faculty of Law without studying for the exams. In order to establish his own concept of justice, Yasuda leaves his position as the heir to the Yasuda Group to attend the police academy. He becomes a detective at Kyobashi Police Precinct and bravely faces great evil.

More of a drama this time, but with the usual 90s mix of sex, nudity, and violence for spice. 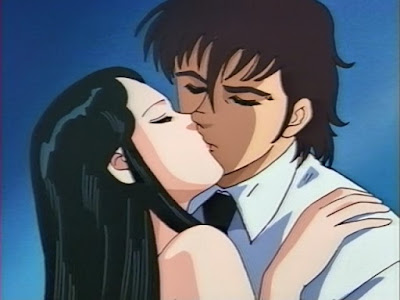 Both episodes are "All in Wonder" uncompressed VHS rips of Japanese video tapes. Intrepid encoded both episodes.

The third release is the 1987 OVA Kentauros no Densetsu (The Legend of Kentauros). This one is about rivalry within a motorcycle racing team:

The Centaurs are a racing team of 93 bikers from the port city of Yokohama that are named after the legendary Greek horse/men. Arthur and Ken fall out over their love for the same woman and decide to settle their competition with a race.

In addition to the main OVA, the release includes a "live action" omake allegedly from the "president" of the racing club. 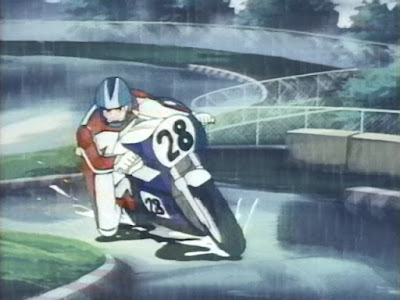 This is another "All in Wonder" uncompressed VHS rip of a Japanese video tape, encoded by Intrepid.

The fourth raw is the 1992 movie Tottoi, a tale of rare creatures facing extinction on the island of Sardinia:

Sardinia is abundant in beautiful beaches and mysterious caves which are known as the habitat of a peculiar kind of seal on the verge of extinction. After moving to this island, Tottoi, fascinated by nature, visits different beaches and caves everyday. When he finds a seal cub and its mother in an isolated cave, he is surprised by the humorous movements and innocence of the cub and the dignity of its mother. Tottoi soon becomes attached to the seals, but his secret is revealed to heartless adults. In the name of preservation, a plan is developed to capture them for an aquarium. Now the dignity and pride of the wild seal are in danger. No matter how painful for Tottoi to be separated from his small friends, he must fight for the welfare of the wild mammals and let them go free into the sea.

I was hoping to add this to Orphan's list of "critter features" but couldn't get a translator to bite, despite the cute seals: 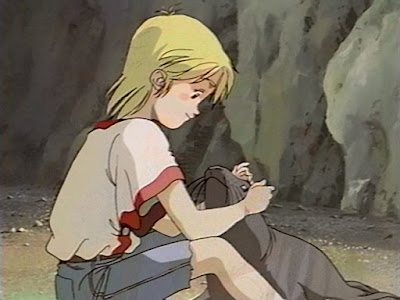 Yet another "All in Wonder" uncompressed VHS rip of a Japanese video tape, encoded by Intrepid.

19-year old Reiko is a rich, arrogant, material girl, who refuses to admit her feelings for classmate Tetsuya Akimoto before it's almost too late. Reiko pursues him to Tokyo and enrolls at his university in an attempt to win him back. 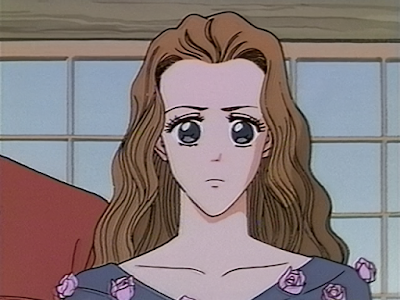 Still another "All in Wonder" uncompressed VHS rip of a Japanese video tape, encoded by Intrepid. I think this encode is the first one at full resolution.

The sixth offering is the 1989 OVA Koiko no Mainichi (Koiko's Daily Life), an excerpt from a 32-volume (!) manga by George Akiyama. It's a seinen slice-of-life "comedy" about gangsters:

Shinjuku gangster Sabu and his young wife Koiko try to live a normal life, despite the interference of gang politics and criminal deals. After she saves his life, Sabu's gang-boss, Tominaga, falls in love with Koiko and sends Sabu into increasing dangerous situations, hoping to cause his arrest and thus obligate himself to "take care" of Koiko while Sabu is in prison.

However, the happy couple seem to know how to take care of themselves and enjoy life. 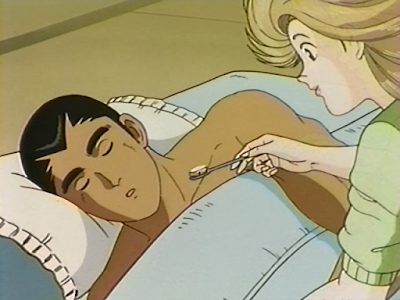 Once again, an "All in Wonder" uncompressed VHS rip of two Japanese video tapes, encoded by Intrepid. I think this encode is the first one at full resolution. 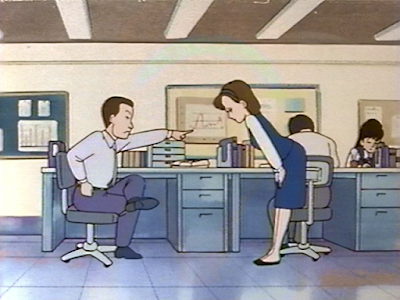 Another "All in Wonder" uncompressed VHS rip of a Japanese video tape, encoded by Intrepid.

I hope you've enjoyed these treasures from Orphan's attic of untranslated raws. There's a lot more where those came from! If any of them catch your interest, or if you'd like to help with translating shows from the back catalog, please get in touch with me on irc.rizon.net!